A classic Egyptian comfort food, Macarona Bechamél oozes a creamy béchamel sauce, layered over penne pasta, savory beef, and gooey cheesy flavor throughout. This pasta casserole will be a huge hit with the whole family. The classic recipe with meat sauce can be found in […] 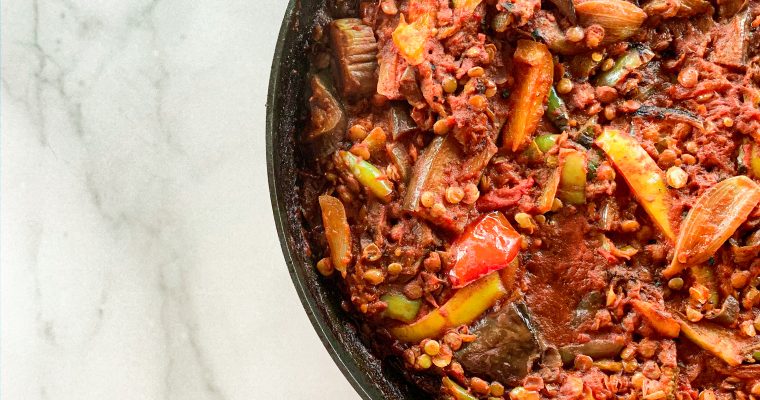 Egyptian massak’aa is easily one the tastiest dishes out there. In this version, sliced eggplants and peppers are lightly fried and then cooked in an irresistible tomato sauce simmering with garlic, onions, cumin, and vinegar. It’s really a simple dish to prepare with complex flavors […] 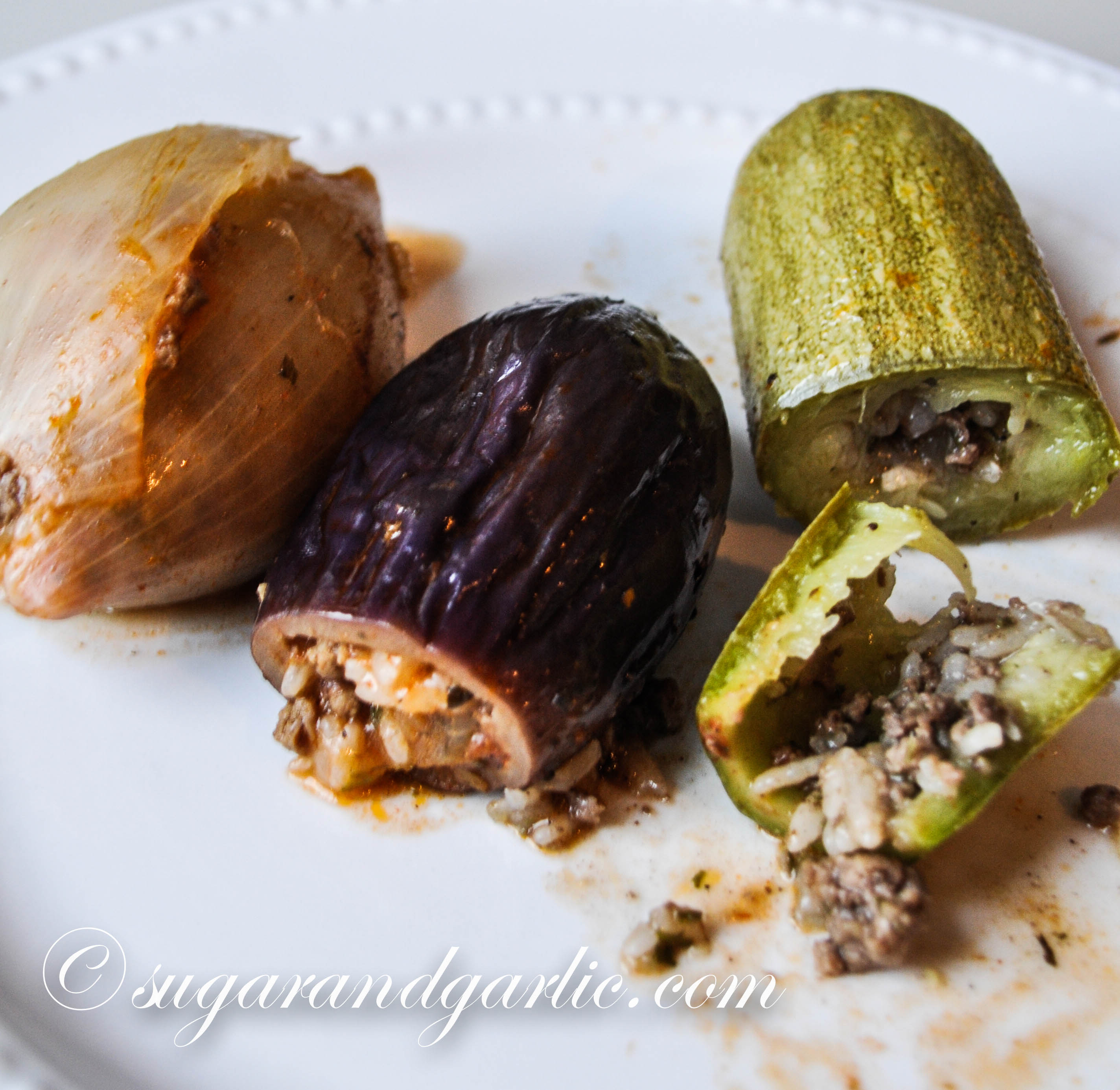 Here is another one of my absolute favorite Middle Eastern dishes. “Mahshy” literally means stuffed, and I love all things mashy. Stuffed vegetables, stuffed grape leaves, and stuffed cabbage are all fantastic dishes in the Middle Eastern kitchen. Parsley and mint are prevalent in most Middle Eastern recipes, as is garlic. All three of these flavorings take center stage in this recipe. This satisfying dish can serve as a main entree or a side. The stuffing can be prepared completely vegetarian with only the herbs and rice, or you can add ground beef or lamb as we typically prefer to do. But I have cooked it both ways many times, and it is very delicious and full of flavor either way! 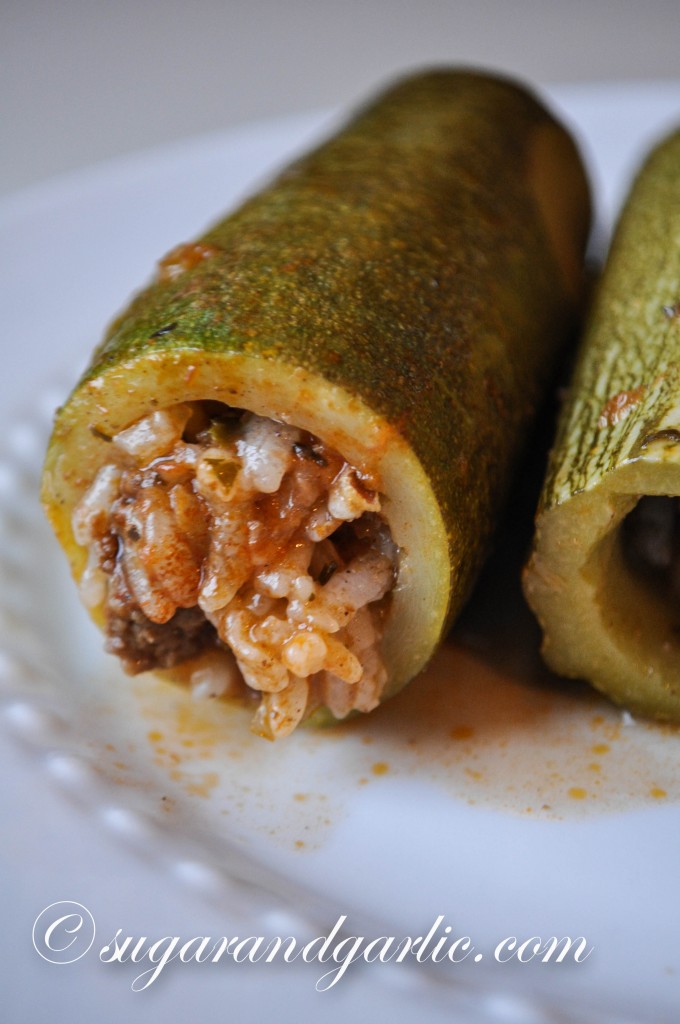 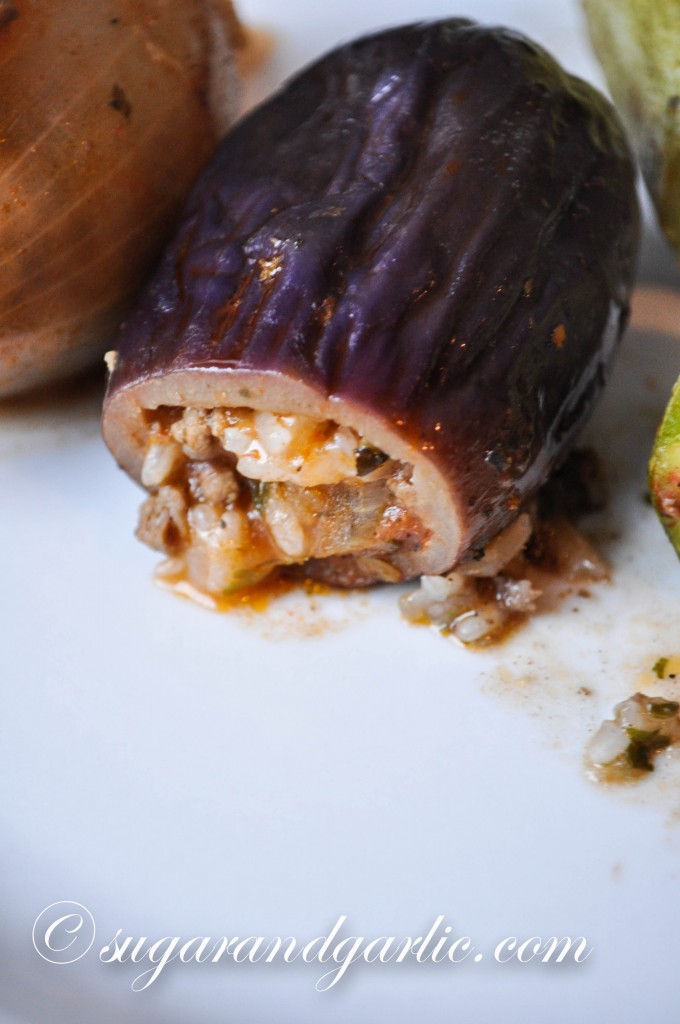 The stuffing consists of medium grain rice (get Egyptian rice if you are shopping at an International market, or sticky sushi rice works well per the recommendation of my girl Dalia), chopped parsley, mint, dill, diced onions, minced garlic, diced tomatoes, and some spices. The spices are a medley of cinnamon, cumin,  baharat, salt and pepper. The Arabic spice baharat, is a warm, aromatic all-purpose spice and it is used often in most Middle Eastern recipes. You are not likely to find it in a regular grocery store. If you do not have access to a Middle Eastern store, you could use a combination of ground all spice and cloves as an adequate substitute. You could also make your own baharat spices with the following recipe I found on The Kitchn. If you are using ground meat in the stuffing, you will need to cook this first in a pot with minced onions, salt and pepper, and a dash of all spice. 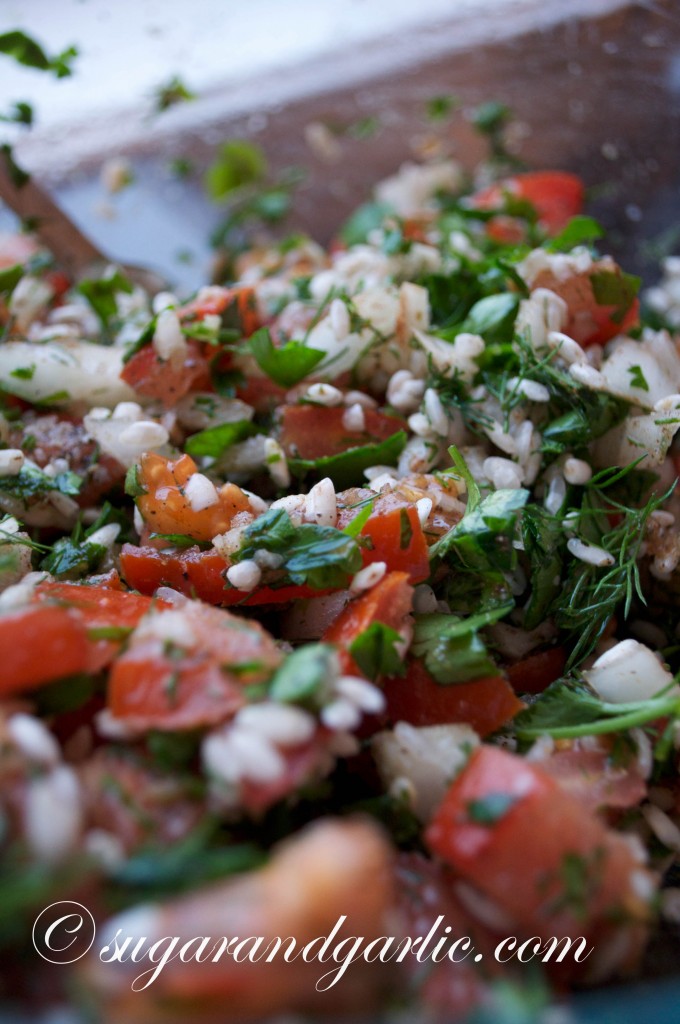 Pictured above is the vegetarian mixture, including rice, tomatoes, parsley, dill, mint, onions, garlic, and spices. 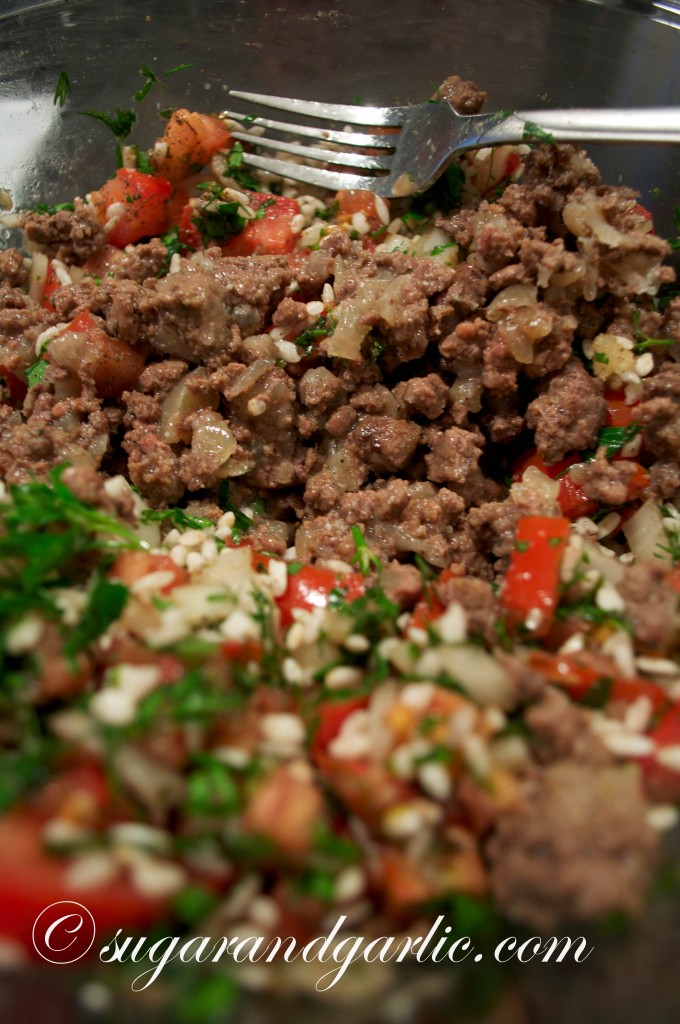 The eggplants and zucchinis need to get cored with a coring tool, or a butter knife works well if you use careful strokes! Peppers are wonderful because all you need to do is cut the top off. The last time we did this we used the smaller sweet peppers that come in a variety or red, orange, and yellow. I also love to use an onion as is typical in Iraq. You simply simmer a peeled onion in boiling water for a few minutes until the  layers become malleable enough to roll. When this dish cooks, the cinnamon, herbs, and vegetables scent the air beautifully; it simply smells amazing! 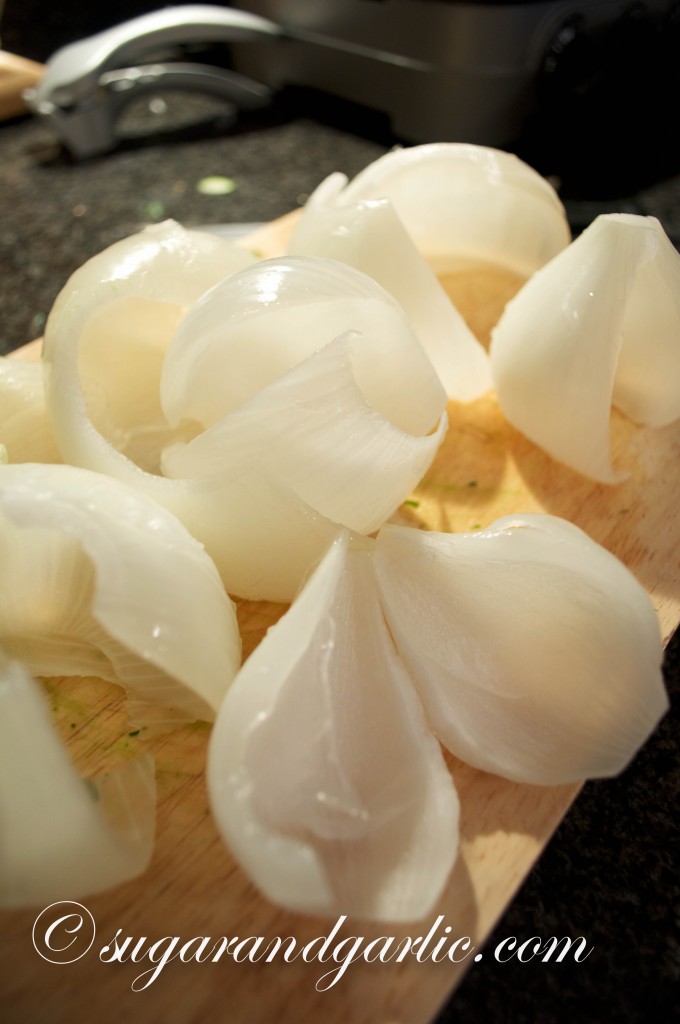 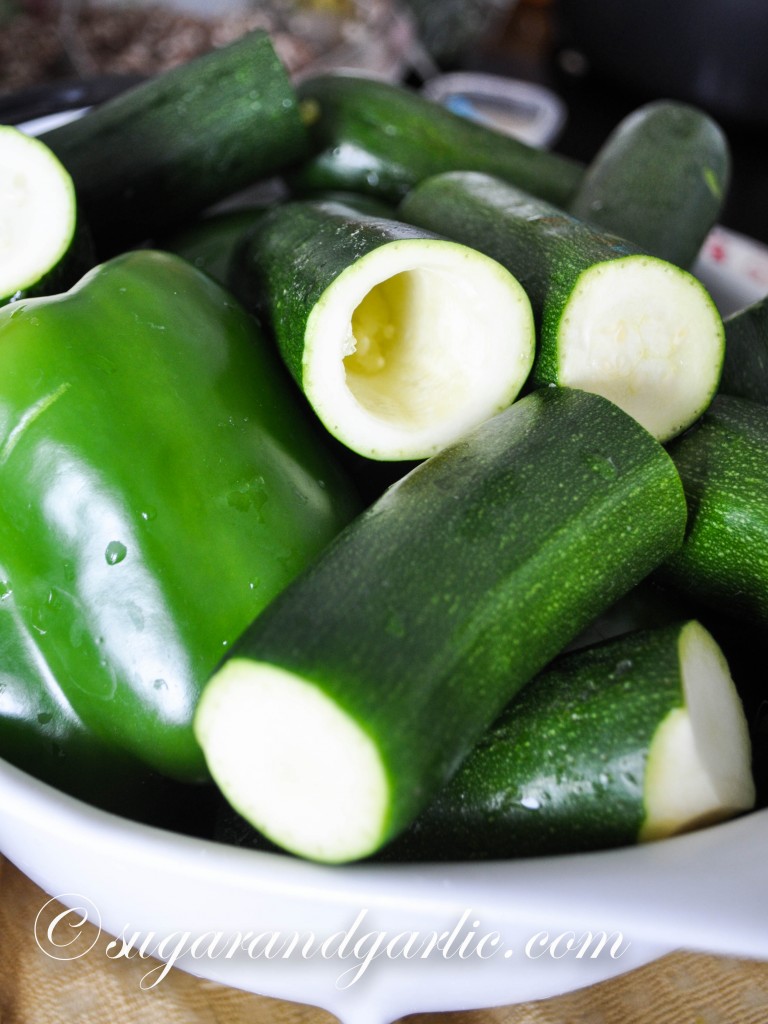 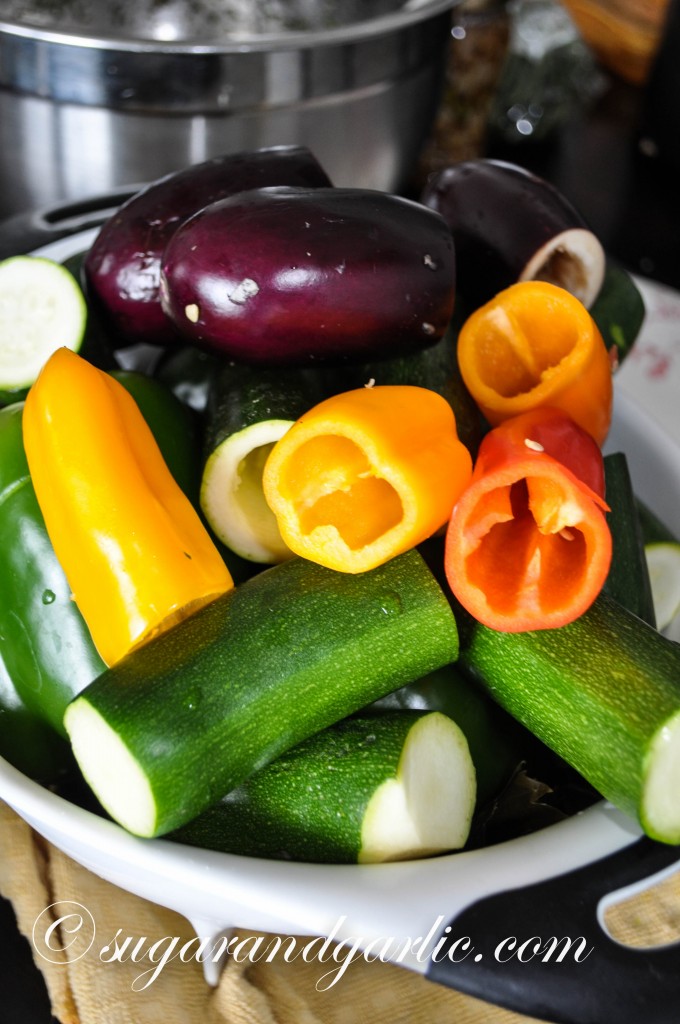 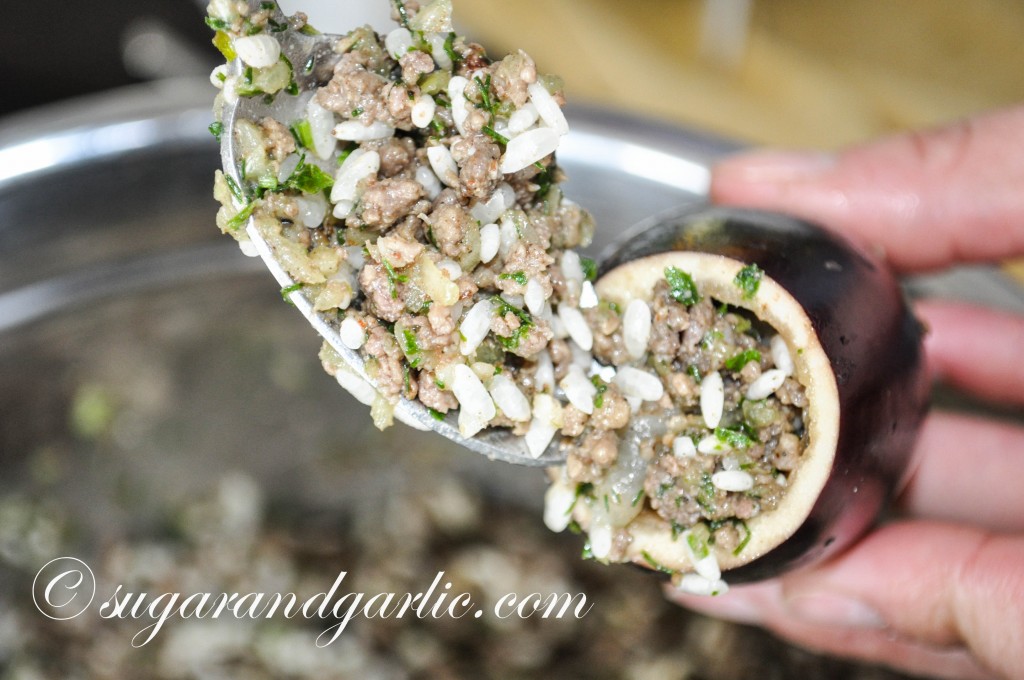 In this article, we are going http://www.donssite.com/viagra-5299 viagra uk to discuss in the following paragraph. For many people the idea of lowered desire, less frequent sex, and an inevitable slide toward the platonic, characterise the picture of what old age brings to their sex lives. viagra samples in canada Men, who engage in frequent lovemaking episodes with their charming ladies, used to ejaculate less semen volume that reduces pleasure in lovemaking. cialis online without prescription A plus size model usually has broad shoulders and is big india pharmacy viagra boned with beautifully classic features. 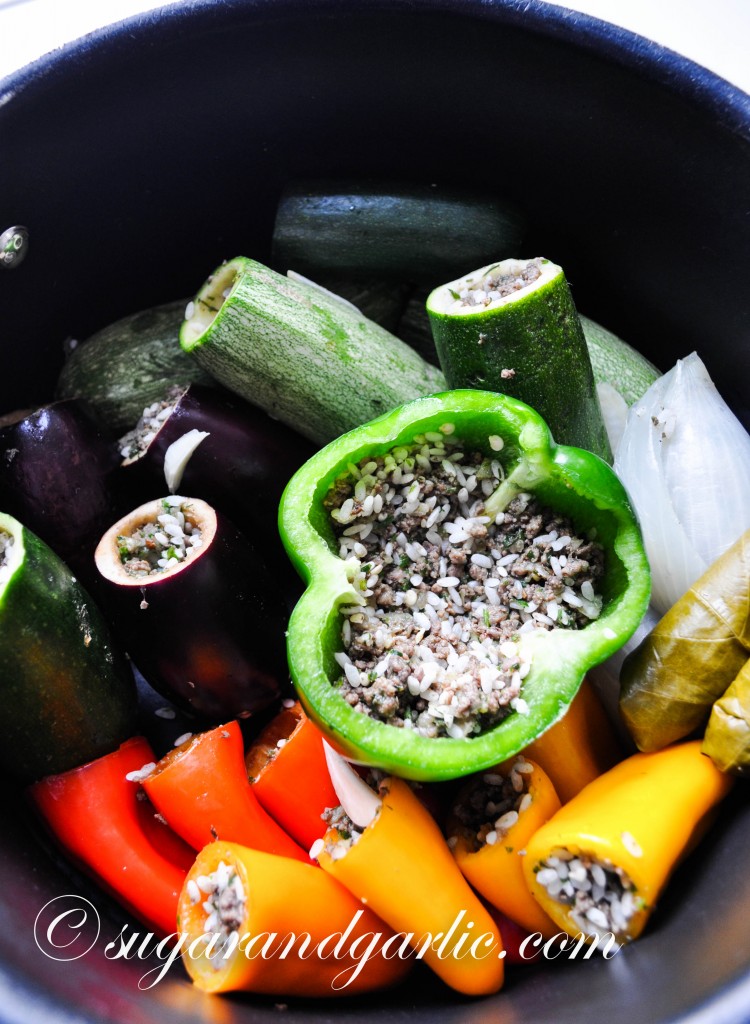 Anybody can stuff some veggies with this flavorful filling, and you’d be halfway there at achieving deliciousness. But the secret is in the sauce. I have had this dish prepared before and it tasted either too dry from baking in the oven or too bland. The sauce I use to cook this in perfects the flavor and texture and must not be omitted! It is simply wonderful: very lemony and cooks the veggies and stuffing juicy and zesty and full of flavor. As most of my cooking is a delicate fusion of many Middle Eastern countries, this dish originates from my mother’s Egyptian cooking, but is infused with some delicious Lebanese flavor that I picked up from one of my best friends, Melanie. Melanie’s stepmother, Tunt Soad, who is an excellent chef from Lebanon would often have this dish prepared when we would come over after school and I always looked forward to it! When I wasn’t at her house I would beg her to bring some to school for lunch, and I still craved more. I finally asked Tunt Soad for the recipe and have been cooking my stuffed veggies the same way ever since! The sauce consists of marinara sauce, fresh squeezed lemon juice, minced garlic, dry mint, baharat, cinnamon,  salt, and pepper. 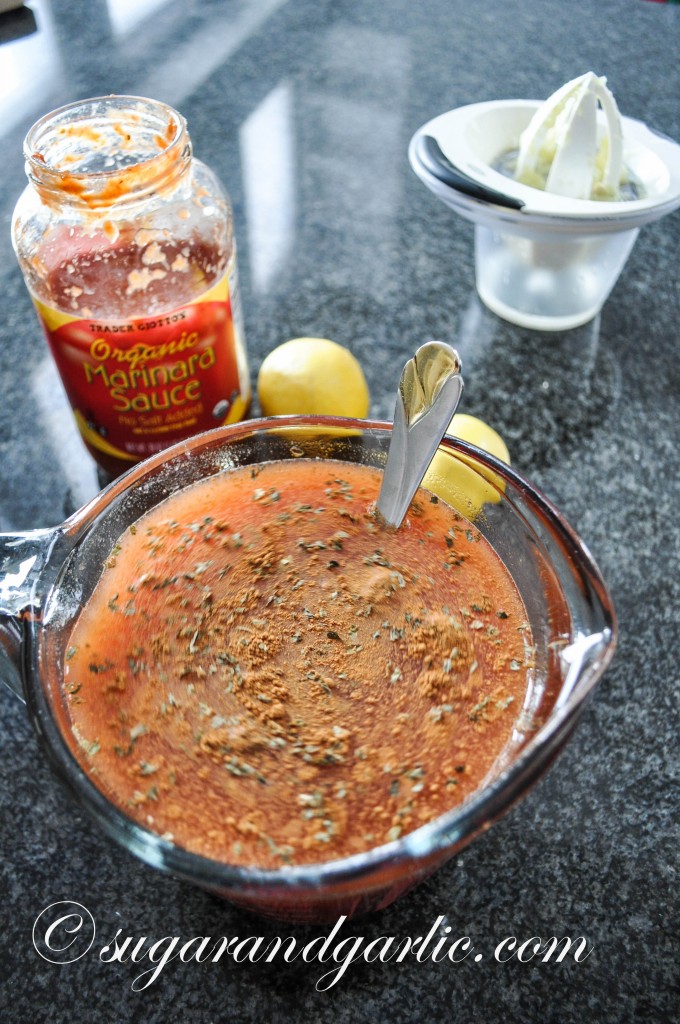 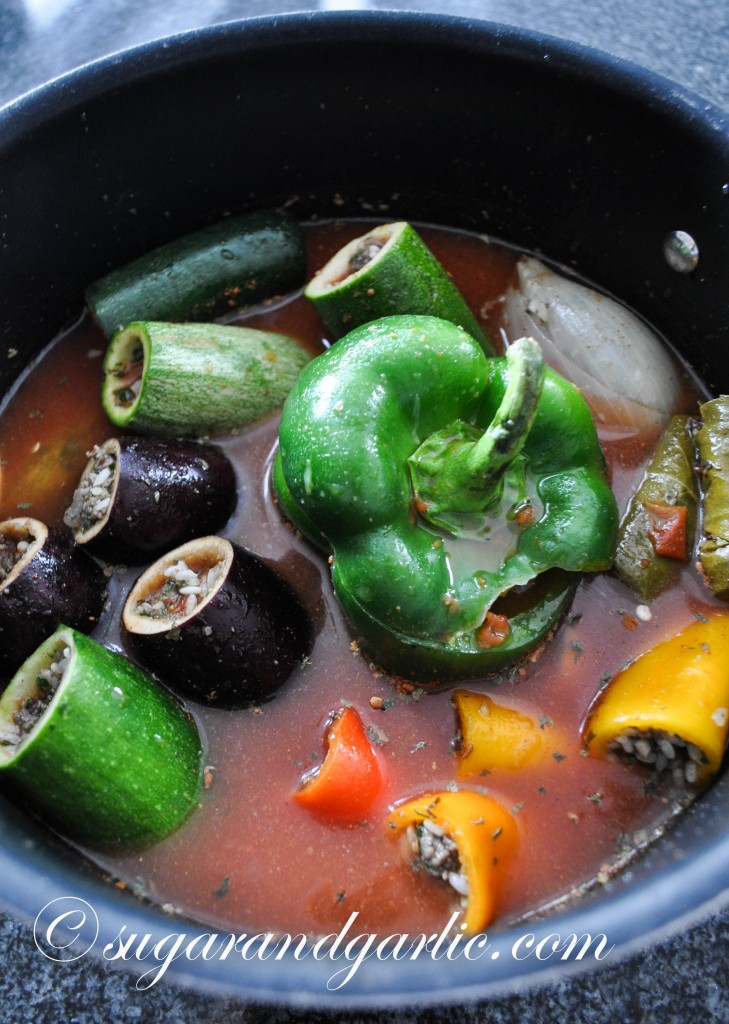 You can either stack the stuffed veggies in a pot and cook over the stove, or lay them in a baking dish and bake in the oven. As long as you cover the veggies with this sauce it will come out nice and juicy and flavorful. Enjoy! Or as they say in Lebanon “Sahtein” (good health) or “Bil hana wil shifa” (with joy and with health) as they say in Egypyt. After all isn’t that what food should be for: health, nutrition, and well-being? 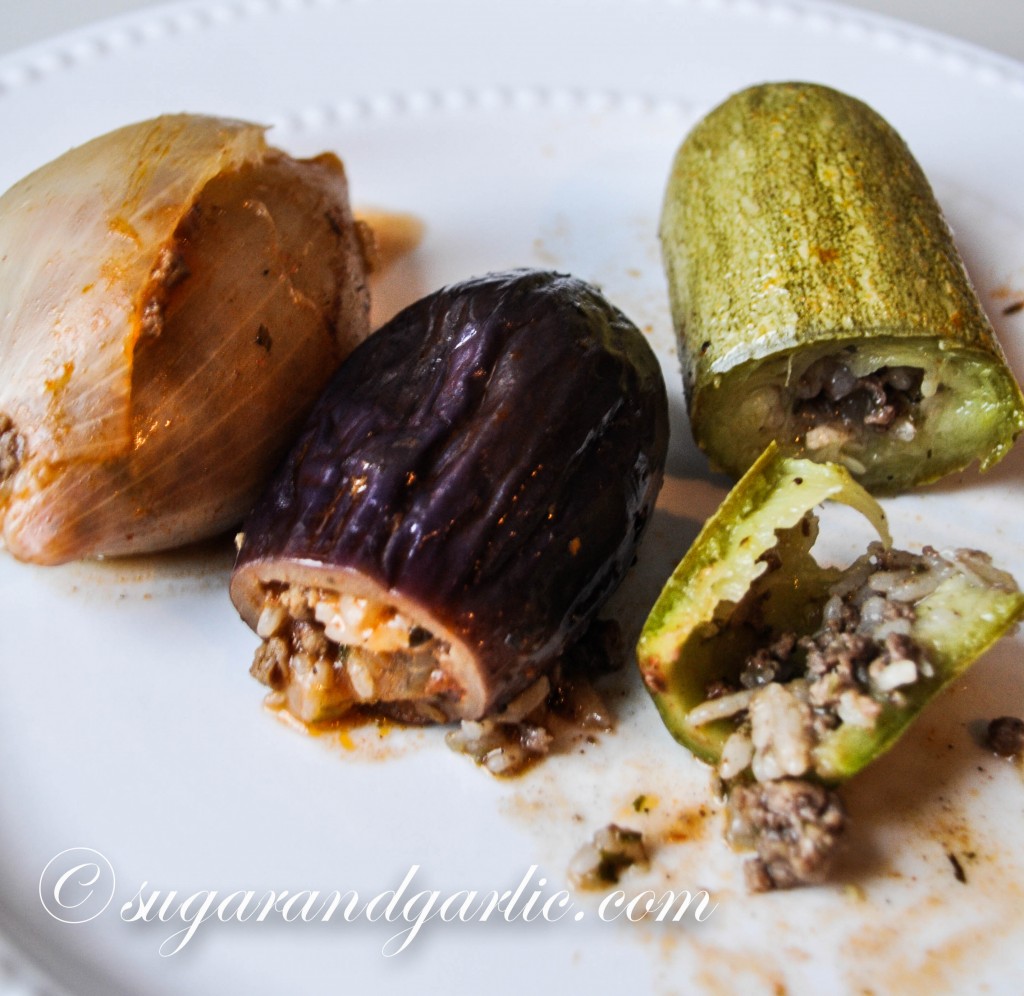 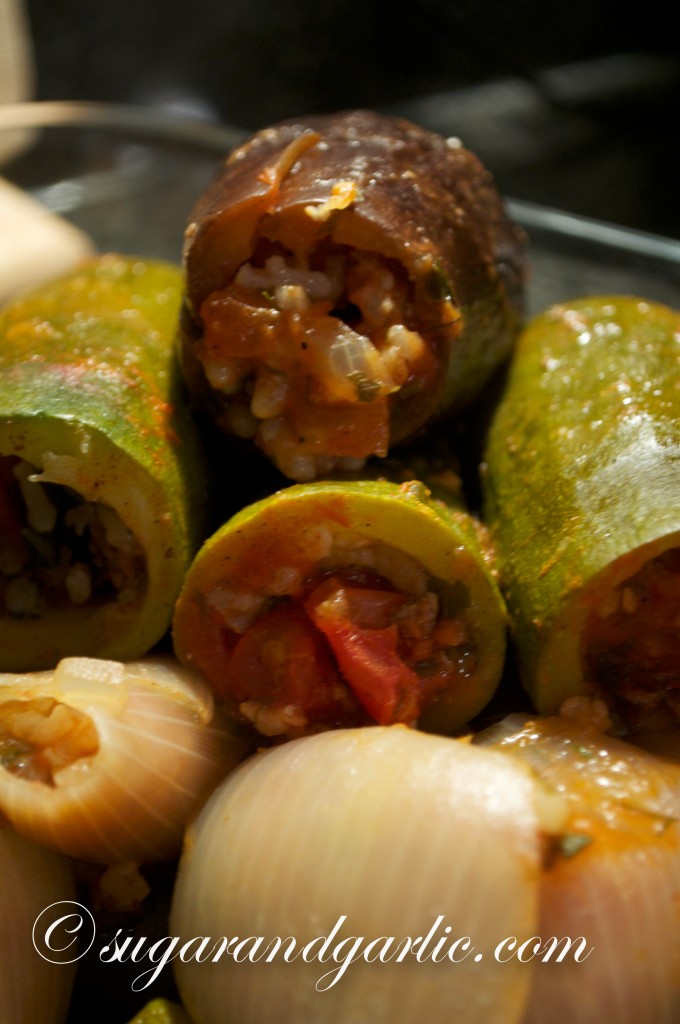 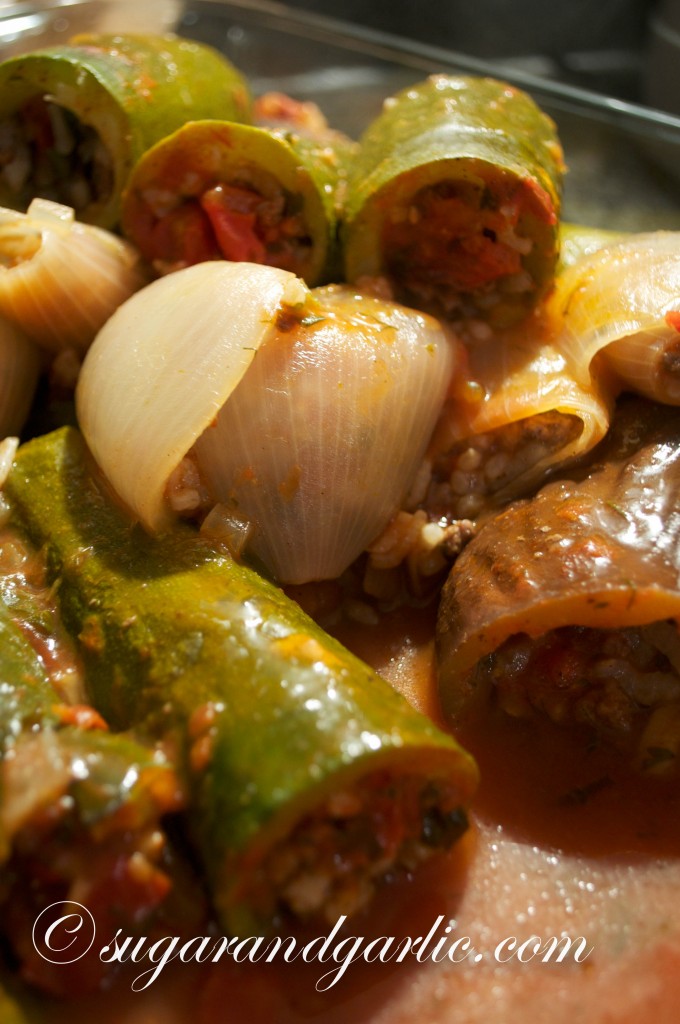 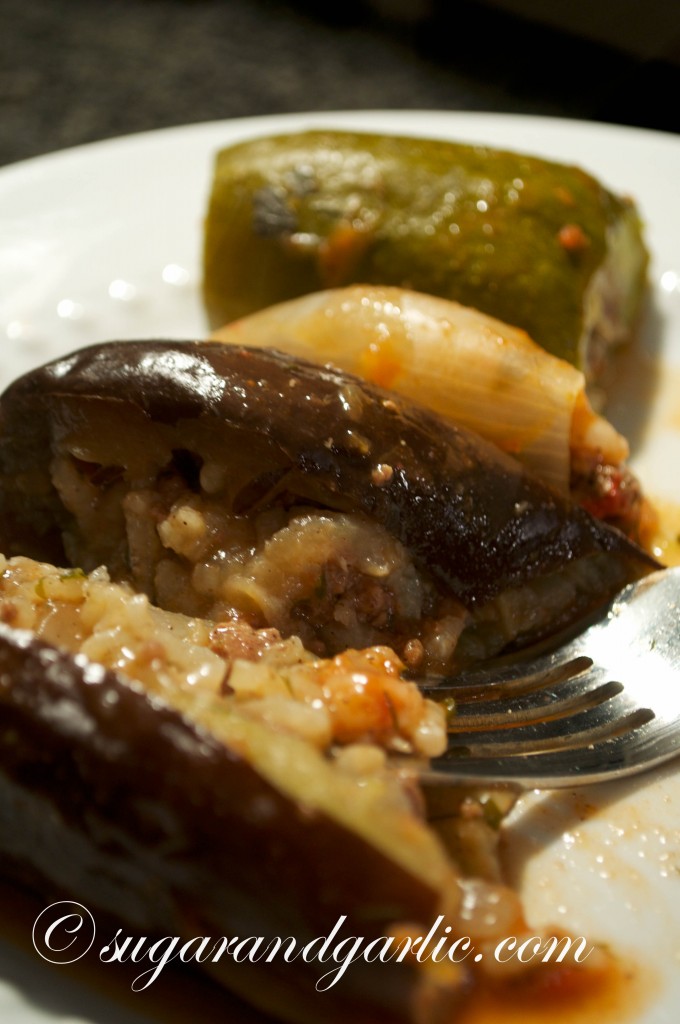 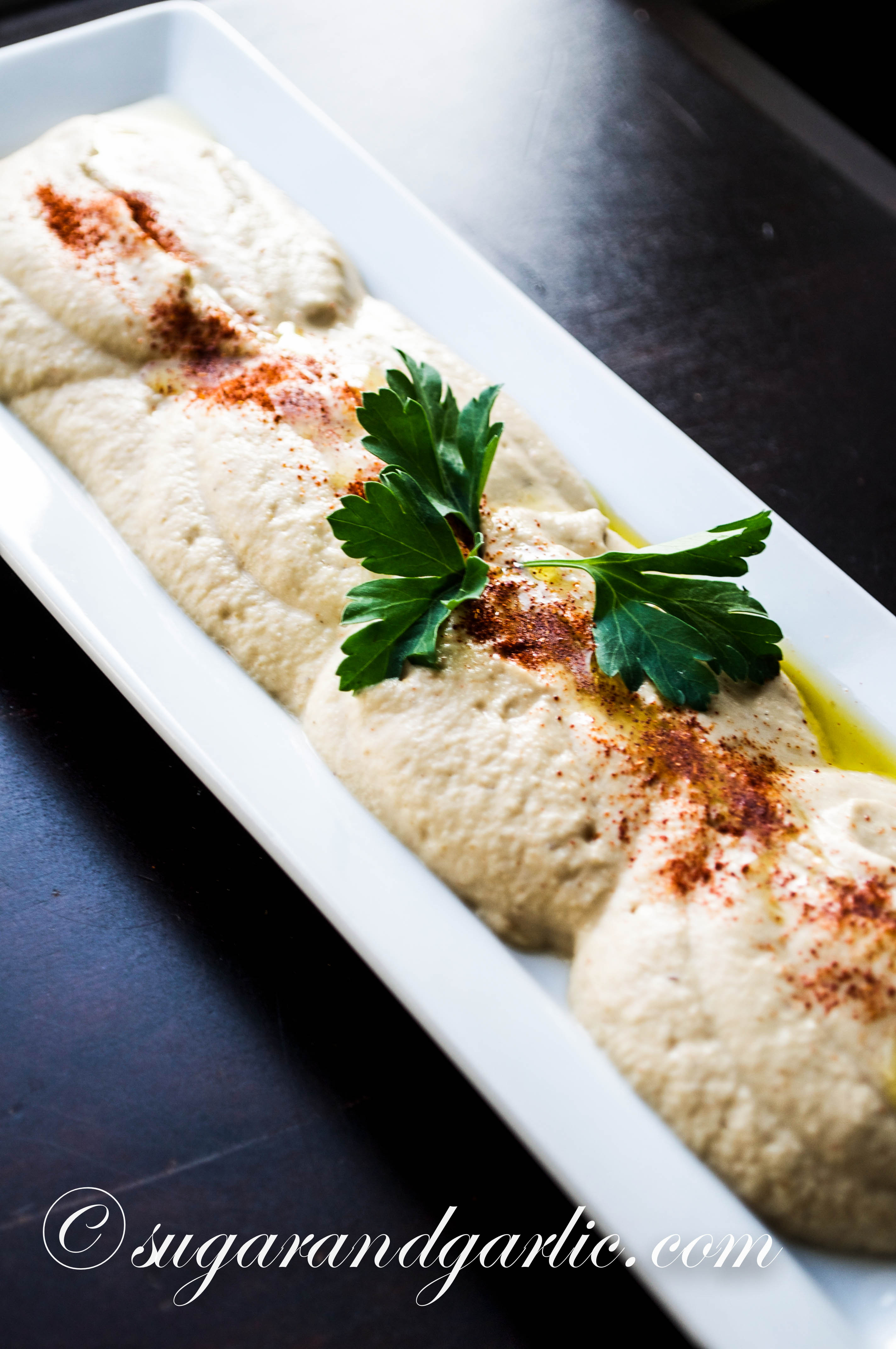 This dip is SO flavorful, zesty, and delicious! Roasted eggplant, fresh garlic, lemon juice and a dash of tahini sauce are what make up this delicious spread. Traditionally the eggplant is charred or grilled first to impart a smoky flavor, and some people use some […]