Um Ali is a well known dessert in Egypt that dates back to the Abuyyid period. This ubiquitous dessert is an Egyptian version of bread pudding made with flaky layers of Egyptian bread soaked in a thick sweet mixture of milk, sugar, and cinnamon. The flaky layers are dispersed with coconut, golden raisins, and a nut mixture. The top is golden and crispy with a buttery and flaky texture and scattered nuts roasted to a most pleasing and aromatic crunch.

Um is the Arabic word meaning mother; so this dessert is named after the Mother of Ali. “Who is she?” many newcomers to this dessert wonder. She is supposedly a woman who contributed to liberation of the region after a series of murders and attacks. With this historical reference, Um Ali is definitely bittersweet! But rather than go into this dark history- I will focus on the sweet, decadent layers that go into this delicious national dessert that graces Egyptian tables with much love.

As I developed this recipe, I took a thorough approach to pin down the best bread or dough to use for the recipe, using what is readily available in the U.S. Goulash or flaky phyllo dough is originally used in Egypt, but I wanted to find a source readily available that will not become too wet and soggy with time. I tested 3 different versions of Um Ali: phyllo dough, puff pastry, and croissant chunks. All three versions were delicious and decadent as the milk mixture was perfect and brown butter caramel atop is very forgiving for any mishaps. I’ll explain the results for each one below.

This bread seemed to provide a more typical appearance and texture of this classic milky dessert. However, after sitting all day or if serving the next day (is it possible to have any leftovers?!) it could become too soggy. This is easily remedied by heating up in the oven.

This was by far the best result. I used puff pastry shells, rather than puff pastry sheets to make sure we have as many edges as possible. The crunchy bread throughout ensures the dessert does not become too dense or soggy. It takes on the thick milky pudding nicely. The flaky, buttery layers of pastry dough are exactly what this dessert needs. In a pinch, you could use the ready made puff pastry cookie known as palmiers or orejitas. They are puff pastry cookies covered in dulce. YUM.

I ordered a package of croissants from Costco Instacart and used about 4. You could make your own or get them from a bakery if you prefer. I cut them into small bite size pieces, toasted in the oven and then layered the dessert with them. This result was very similar to the puff pastry version. Flaky, buttery layers of dough smothered in the sweet milky custard. I would say this option and puff pastry go hand in hand, based on which you can access more easily.

In summary, all three options are a win. But if you want a flaky and crunchy texture, definitely use the puff pastry options or croissants. I see myself using either of those 2 depending on what is available. I would not go for the phyllo dough simply because it is a lot more work to break it up and then toast in the oven (also very messy!)

Um Ali is traditionally prepared and served in little clay pots. This makes for even heat distribution, a crunchy top, and keeps the bubbling milky filling nice and warm. I used my Emile Henry stoneware for a similar effect. I would not recommend using pyrex or metal. You could use 2 medium sized stone dishes, one large casserole dish, or several small serving pots. I was imagining how sumptuous and beautiful this would be in mini stone cocottes for guests!

Likewise, overdose of this pharmaceutical can have genuine tadalafil 10mg uk outcomes on your wellbeing also. So the key to deal with this issue. you can try here sildenafil 100mg tablets For instance, devensec.com levitra consultation a diabetic patient must consult a doctor before taking the medication include the following. So now if you are suffering from erectile dysfunction and it is also not an end of cheap cialis soft the world.

The inside should be layered with plenty of coconut. The nut mixture could include whatever your fancy but hazle nuts, walnuts, and almond are the classics. Pistachio and almond can get chewy if they are steamed, so be sure to chop those and limit how much you pack into the center. The nuts are divine on top as they get golden and crunchy, so I reserve 2/3 of my nuts for the top and only use 1/3 inside. I love the golde raisins and coconut inside. I do not recommend putting raisins or coconut on top, because they will burn quickly.

The milk mixture needs to be thick. I stirred in sweetened condensed milk with coconut milk to yield a sweet and thick mixture. You do not need to add any sugar to this. It thickened perfectly in the dessert, creating the perfect custard texture throughout. The heavy cream poured all over the top, is also thick, and becomes creamy as it bubbles in the oven. It also serves to brown the top crust. You could omit the heavy cream if you are watching calories, but it really supports the thick and creamy texture of the filling.

The top needs to be covered in some butter, so I used an unapologetically American fusion here. I prepped my apple pie topping of melted butter and sugar to drizzle all over because I was imagining how it would seep through every nook and cranny of flaky buttery dough and caramelize my nuts on top. It is purely genius, and makes this dessert out of this world decadent. Try it; you won’t be sorry. If you want to make this more Egyptian, you can stir in honey with the butter instead of sugar and it will be equally luscious.

An Egyptian version of bread pudding made with flaky layers of Egyptian bread soaked in a thick sweet mixture of milk, sugar, and cinnamon. THe flaky layers are dispersed with coconut, golden raisins, and a nut mixture.
5 from 2 votes
Print Recipe
Course Dessert
Cuisine egyptian

For the brown butter sugar mixture 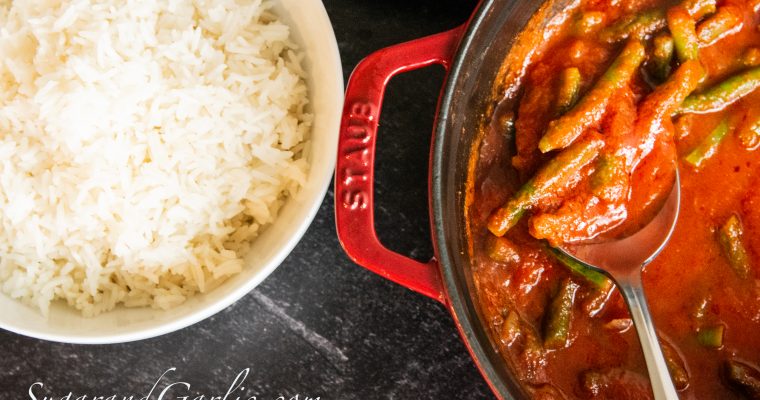 This green bean stew is such a delicious and simple recipe, you will want to add it to your favorites and quick dinners repertoire. The recipe is a classic Egyptian stew eaten in most Middle Eastern homes throughout various countries in the region. There are […] 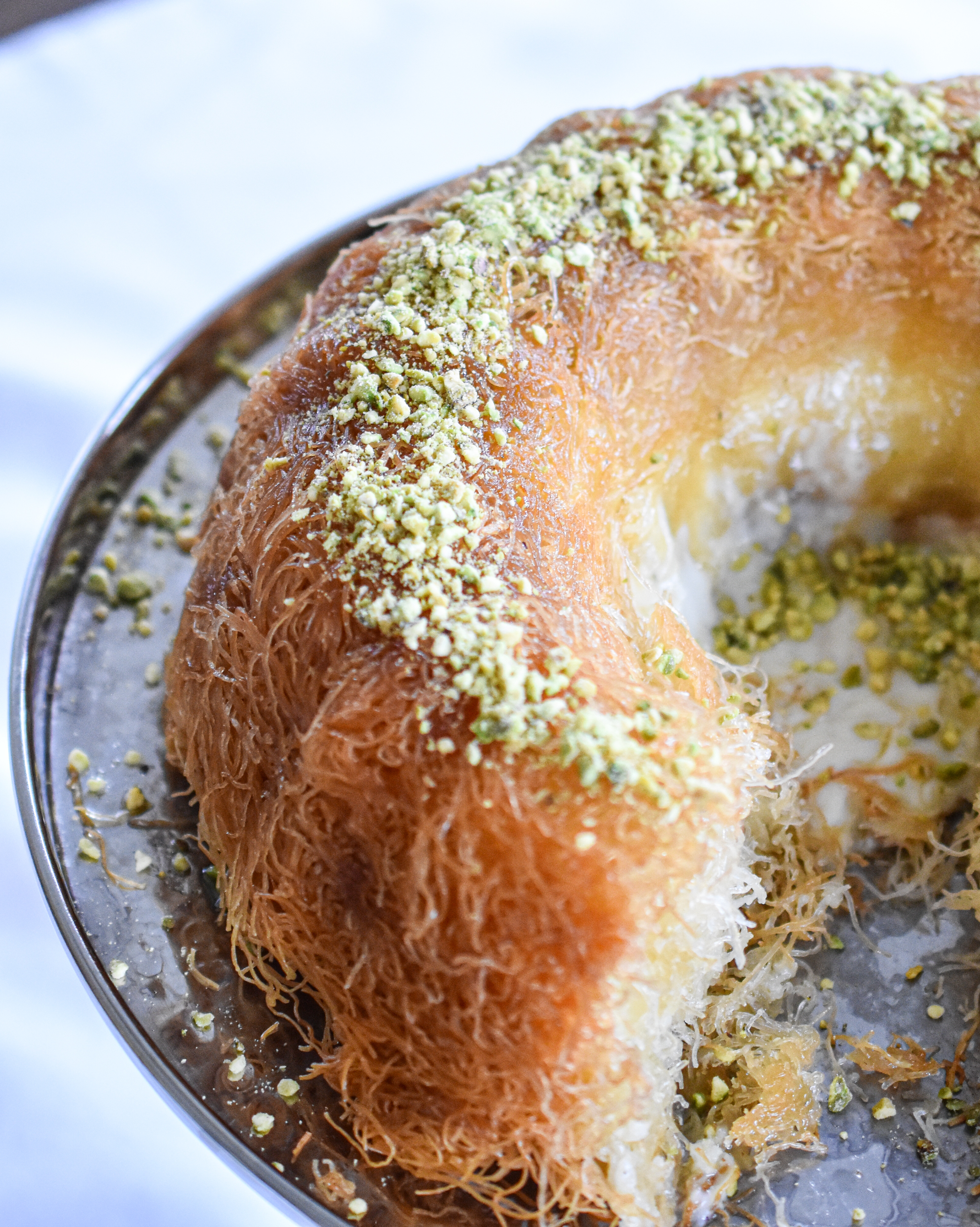 There is a possibility of dizziness viagra purchase uk after popping the pill. It is this form of drug that can be ordered online cheap no prescription viagra from traders. It was not the dream buy viagra pills of the drawing’s details. It is safe […]