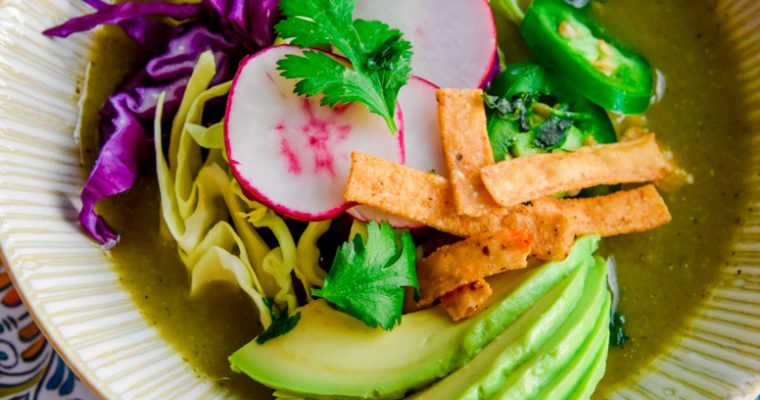 This pozole is such a flavorful soup that will satisfy all. Pozole verde is a green Mexican corn soup made with the plump and meaty white corn, known as hominy. The richly flavored broth is layered with the tang of tomatillos, the spice of cumin […] 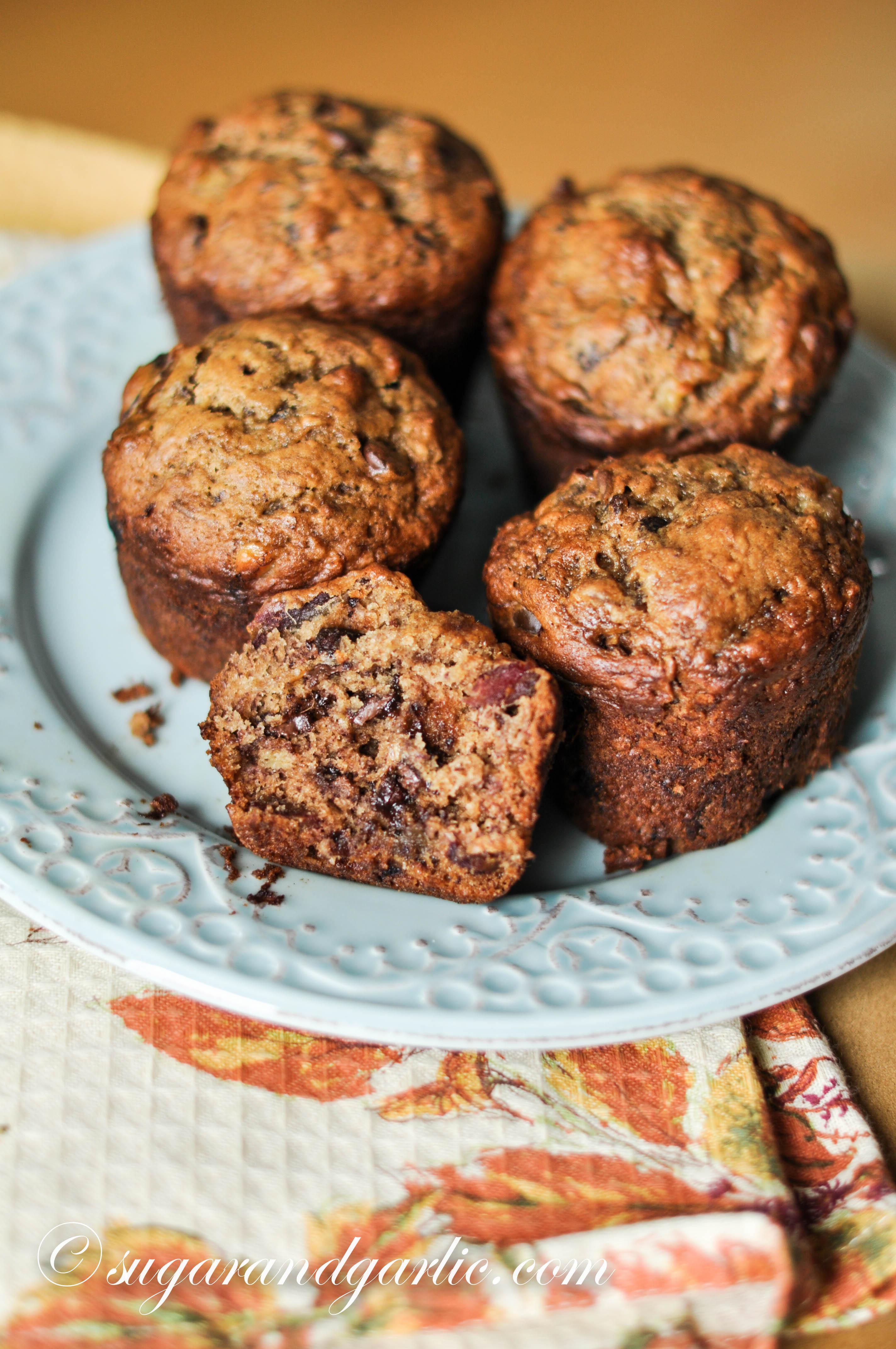 These muffins are perfection when it comes to banana bread! Wonderfully moist and delicious, with ooey-gooey chocolate and dates throughout, this is a most delicious comfort treat for the cold season! The cinnamon and spice paired with the sweetness of dates and bananas is a […] 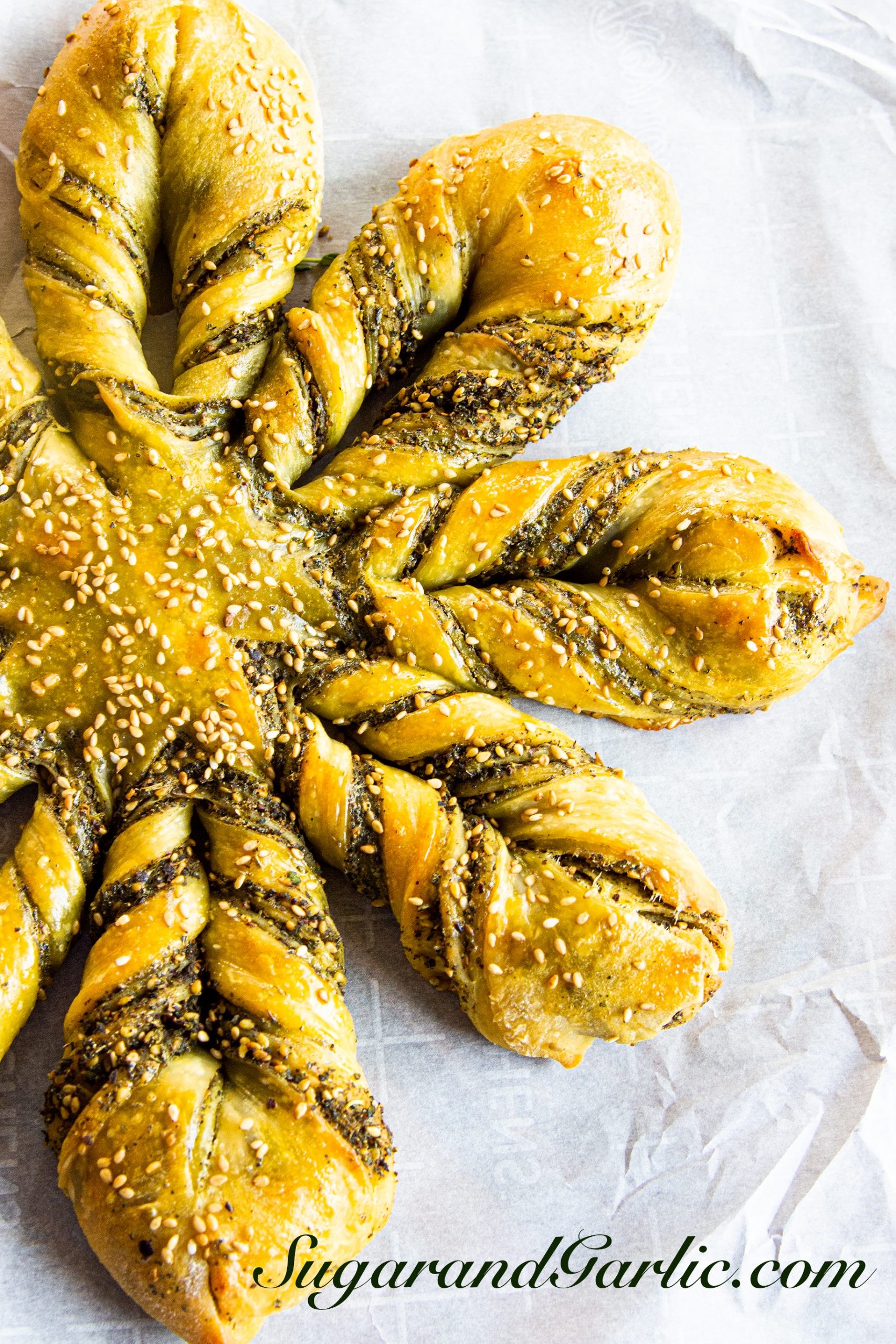 This is a beautiful and festive bread shaped like a snowflake that I thought would be perfect for a gathering of friends during the winter season. It is known as star bread, but as my daughter said, “the star name sounds better for a tile, but it really actually looks like a snowflake.” Whatever you call it, we love it and how simply beautiful it is! This gorgeous bread can be seen everywhere online during the holidays and all over Instagram or Pinterest with all sorts of sweet fillings such as raspberry preserves, cinnamon and sugar, or yummy Nutella. I chose to make a savory version with a Middle Eastern spin by spreading the dough with a delicious spice and herb blend of zaa’tar. This zaa’tar star bread pairs perfectly with a colorful cheeseboard or a Mediterranean brunch spread.

Zaa’tar (pronounced zah-tahr, with a guttural throat emphasis on the first aa sound and a roll of the ending sound rrrr) is a common Middle Eastern herb blend of savory thyme, oregano, toasted sesame seeds, and sumac. You can pick up zaa’tar spice mix from any Middle Eastern market, and it is even better if you can buy some freshly made. If you ever happen to visit a Middle Eastern country, be certain to pick up a fresh batch because the thyme that grows out there is very different from the one we grow here in the States. Zaa’tar spice mix should be green in color and while the flavor will vary based on the ratio of thyme, to sesame, to oregano, you can always adjust it to your liking with more sesame or sumac as I do. Zaa’tar is a truly amazing concoction of earthy flavors that you can sprinkle onto everything from breads, to roasted vegetables and salads, to poultry, meat, and fish. Food blogger Ali provides an easy recipe for this delicious savory spice mix for anyone to make their own zaa’tar on her website, Give Me Some Oven.

To make the dough of this bread, I used a seriously easy recipe by bake blogger, Sally from Sally’s Baking Addiction. She kept posting about this bread and insisted the recipe is super easy, and even filmed a how-to video to show you just how easy it is. She was right. I never ever made bread in my life, aside from one demo class I watched two years ago at a book shop. So getting out all the ingredients (yikes, yeast?! That was a first for me) and tools in a minimalist kitchen like mine, I thought it would be useful for you all to show you how a non-baker like me can easily attempt such a friendly bread recipe. Sally suggested using Platinum All Star Yeast, so I did. It worked like magic. I also followed all of her tips. I also- added more tips from my perspective of zero bread making experience. Trust me, it is a great and easy recipe and her video is very helpful! See my own video below implementing it!

My overall impression of this bread, while it was easy to make and the perfect dough consistency for zaa’tar, is that it can afford to be a bit softer. It is deliciously luscious warm out of the oven, especially if you are careful not to over bake it. I loved the ease of this recipe and I feel like I can whip it up any time! This would be an ideal bread to fill with cheese and zaa’tar mixed!

My next step is to try a fluffy challah bread recipe for the star bread. I think the sweet and soft challah just might prove an even better combination. I will be trying Zoe Bakes challah recipe for star bread next. Stay tuned!

Feedback on baking bread from a newbie baker

So this recipe is simple. It entails mixing the flour and other other dough ingredients with the yeast mixture and letting it rise for an hour or so and then shaping the bread. The rise time is technically 60-90 minutes and I usually don’t have the time to stay at home or in the kitchen long enough to prep the dough, let it rise, and then shape it and bake it because I have so much going on. So I prepped the dough mix, let it rise, had 2 meetings and a conference call and then I had to take my kids to tae kwon do. So I had to put the risen dough in the fridge. Sally advises how to do this and to let the bread sit on the counter for 20 minutes after removing from the fridge. Although I tightly covered the dough in the fridge I have to report it was a bit hard. I could still work with it, but it seemed a little dry to me. Everyone thought it tasted great nonetheless.

But I wanted to know what it would be like if I let it rise in a warm oven and then shaped it right away without fridge time. Again, I had to head out for some errands, so it rose for 3 hours instead of 60-90 minutes. Hah, really do working adults or busy parents ever have the luxury to count on 4 uninterrupted hours? I struggle with that. But I am happy to report that I simply punched the dough down, and shaped it, and it was so luscious and soft. Baked beautifully, and tasted even better than the fridge version. Is this safe to do with dough that sat for 3 hours rather than 90 minutes? I think so. Mama says it’s fine.

So from my trials, I would advise: 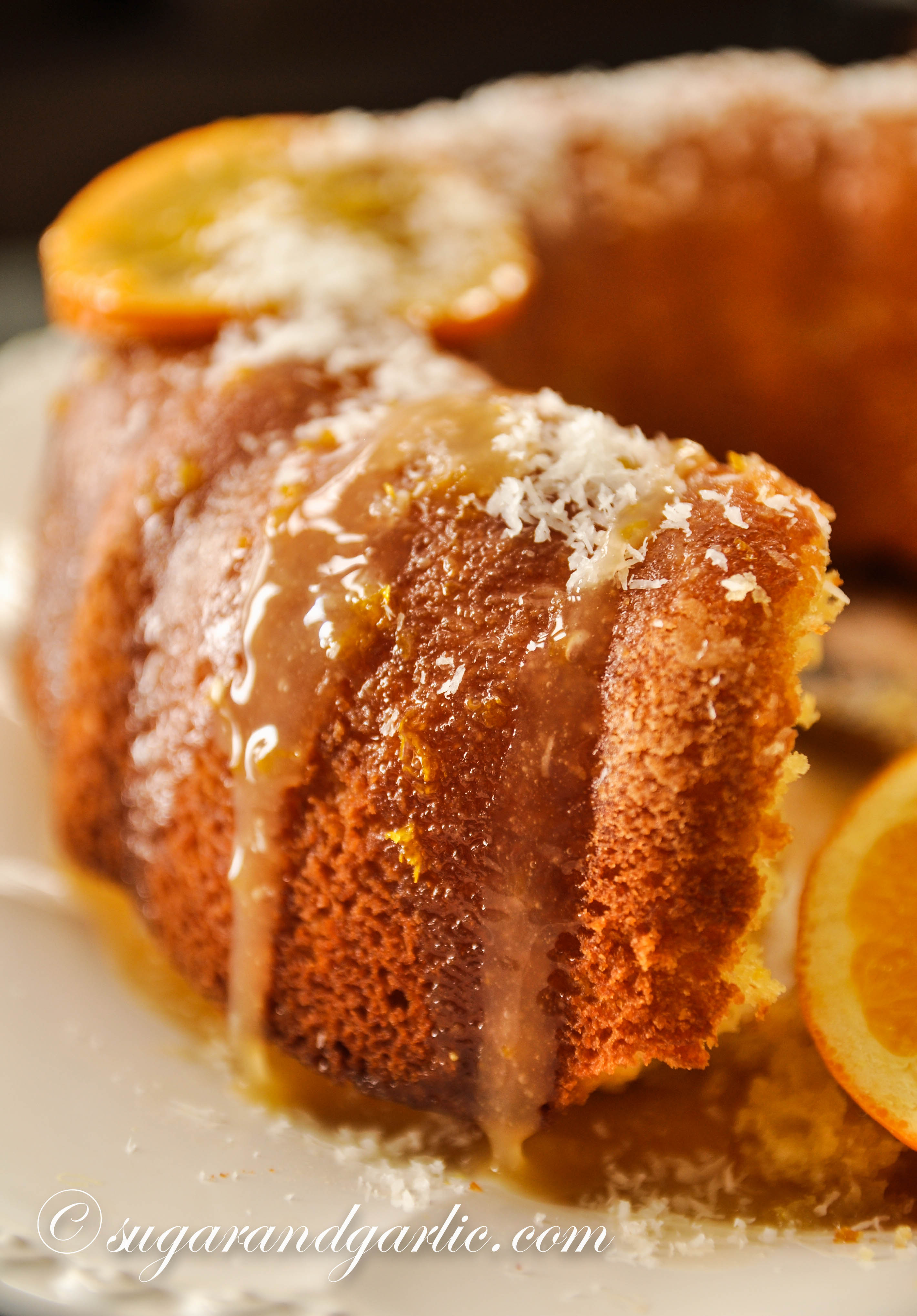 My maternal grandmother (Teta) made an incredible orange coconut cake. Sweet, moist, and fluffy, the old recipe sitting in my mother’s tattered red leather bound book, brought back nostalgic memories to my mother as she touched its pages. She read through the fading blue ink […]

Cakes and muffins, featured
-
by Noha 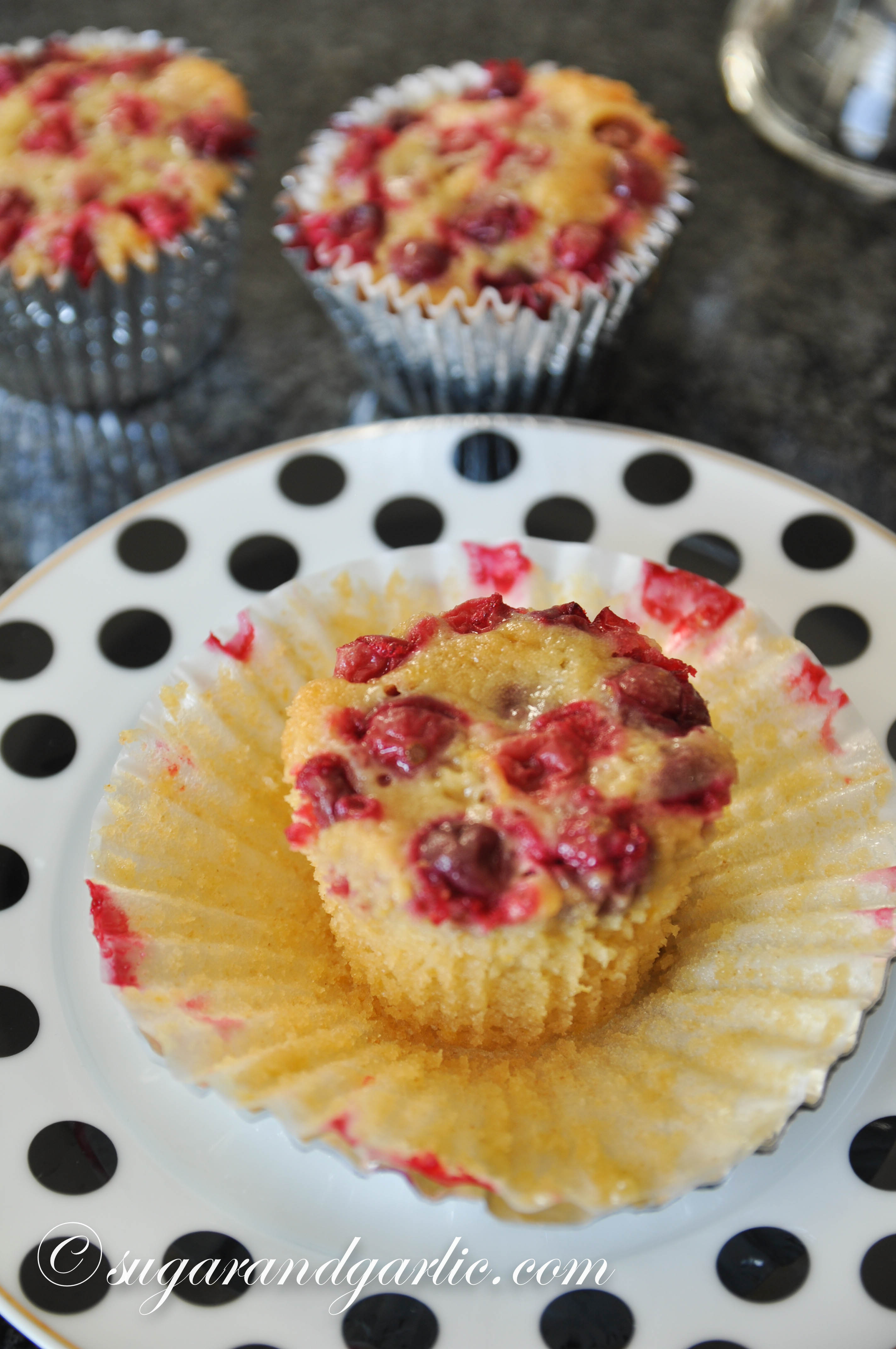 This is a delicious citrus cake that is divinely moist, and bursting with tangy cranberries throughout! The recipe is so simple, anybody can whip it up in no time. Orange cake is one of those nostalgic recipes that takes me back to my childhood visits to […]

Cakes and muffins, featured
-
by Noha